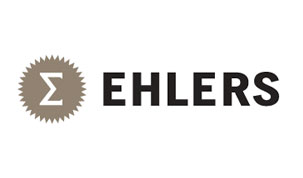 Ten years ago, the City of Sauk Rapids, Minnesota (population 13,000) faced what seemed to be an insurmountable threat to its downtown. A planned reconstruction of the old Mississippi River bridge linking Sauk Rapids to St. Cloud was going to demolish a quarter of the downtown. It would have been like a shopping mall losing its anchor tenants and the remaining retailers in the downtown were estimated to lose as much as 30% of their business. “That was unacceptable,” said City Administrator Ross Olson, “so we turned the new bridge into an opportunity to redevelop the downtown and retain the displaced businesses.”

Even without the impact of the bridge, Olson acknowledges that the downtown needed help. It contained pole barns and obsolete buildings. Nevertheless, it distinguished Sauk Rapids as a city with an historic downtown. Citizens were proud of their community and rallied around a downtown that needed to be reimagined and rediscovered.

The City undertook three years of community planning and concerted lobbying to turn the threat facing the downtown into an opportunity. As a result, all participating governments – city, county, state, and federal - adopted a Downtown Impact Mitigation Plan which provided state funded incentives for displaced businesses to relocate downtown. The relocation was guided by the community’s vision for downtown which placed retail uses close together, so all the stores will see increased traffic.
Sauk Rapids did not stop redevelopment efforts with the Downtown Impact Mitigation Plan. The City brought local resources to the table, through the use of TIF, to continue to attract and retain businesses downtown. “Getting the right kind of development depends on thoughtful design, strong partnerships with other levels of government, and creative financing,” said Todd Schultz, Community Development Director. “The original financing concepts came from attending Ehlers’ public finance seminars.”
The City worked with Ehlers to create a new Redevelopment TIF District in the downtown area, but ran into problems with the Five-Year Rule, which requires decertification of a TIF District if funds have not been obligated within five years. Because of the bridge construction and phased relocation, it was taking longer than five years to relocate the businesses. Undaunted, the City obtained special legislation that extended the Five-Year Rule for the district. Now TIF from the redevelopment district is being used for commercial development and housing downtown.
Downtown redevelopment included new streetscaping and expanded retail.
Sauk Rapids also used increment from a pre-1990 TIF District to create a quiet zone along the busiest rail line in the state, one that runs directly through Sauk Rapids. A quiet zone is created when local government puts gates and warning lights along the tracks to mitigate the need for the trains to blow their horns at each intersection. With 50 to 70 trains using the line every day, the quiet zone was essential to attracting and keeping people downtown.

Using the City’s older TIF District to support the downtown development is consistent with the Council’s philosophy. The Council wants to keep Sauk Rapids diverse and growing – a thriving community with good schools, a healthy commercial/industrial tax base, and living wage jobs.

Thank you very much for the generous grant money for my practice. COVID has really put a burden on us and we are seeing prices of PPE skyrocket! The money is very much appreciated, will be put to good use, and will help tremendously. Thank you again!

This grant from BEP will enable us to continue to provide our [video, audio and live event production] services. On behalf of me and my wife Gini, at Kalton Communications, please accept our sincere gratitude for this funding. We are very thankful that due to receiving this grant from BEP, our company will be able to move forward in providing our services.

This morning I was pondering how I could pay the lease payment and insurance payments that are due and then your email arrived! This shutdown has affected us much more than last spring so this is much needed and appreciated. It has been slow since the weather turned cold and we no longer had the outside seating. Thank you again for all your help!

I want to thank you once again for your help in securing our grant from the Benton County Economic Partnership. As a small business, it means a lot to have that expression of encouragement and support from Benton County - especially right now! I appreciate you and Ross taking time to deliver the check personally, and particularly enjoyed meeting you, and our conversation very much.

This is a personal thank you to you - you have been a light in a very unsure time - you’re not just doing your job - you do it with great care, support and understanding. Thank you so much for all you do. It reminds me that there are wonderful people and you are one of them! You are amazing. Thank you so much!

Thank you so much for the grant check. I am very thankful to receive it. It will help so much with expenses in a year gone upside down. I look forward to meeting the board and other members. Thank you again.

I want to extend my greatest thanks for your help and patience getting us through the application process of this grant. We are very grateful and appreciative for the grant that Benton County gave us based on your approval. As everybody knows, it is a tough time for small businesses, and the money is greatly needed to maintain our current staff. Our staff have worked tirelessly to create delicious products and to deliver them to businesses around central Minnesota safely. We hope our work can make this rough patch caused by the COVID-19 pandemic just a little bit better with our homemade sweet treats. We made a huge investment in moving to Sauk Rapids a year ago, and to everyone’s surprise this pandemic has made everything difficult, so we are grateful and recognize that much of this good work would not be possible without your support.

I can’t tell you how grateful Ron and I are to all of you. It’s hard to put this into words what it means to us to have the support and care of your actions. You went way beyond doing “your job” in order to show care and concern. We are so appreciative to live in a county with people as yourselves. You are making a difference in our lives. We will work hard at our business to take care of the families as well that support us. Thank you all!

Thank you so much for the grant funding for the CARE Program. We are so blessed you see the value of our program and how we fill a need throughout Benton County. Our goal continues to provide service to assist seniors live well at home with dignity and the respect they deserve. Thanks again!